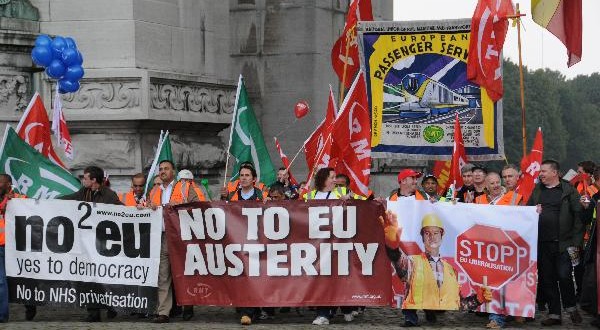 Unions Give Up On EU

By refusing to join the EU Norwegian workers and trade unions have enjoyed many an advantage over their British counterparts. Now they want Britain to follow their example and leave the union, writes DOUG NICHOLLS

TRADE Unionists Against the EU has been invited to several trade union conferences in Europe and received best wishes from workers’ organisations throughout the continent.

Perhaps not enough has been done over the last three decades to link up in solidarity with our nearest neighbours in the EU as they have faced the full wrath of EU neoliberalism.

We sent a delegate to respond to the request of Greek unions to share our views. They strongly concluded, as reported in the Morning Star previously, that as a smaller economy with acute EU-related difficulties there was only so much they could do alone to resist the beast, and now they were looking to British workers to be resolute and campaign for a vote to leave the EU.

French workers face a fundamental threat to their Labour Code mirroring the attack on us through the Trade Union Bill and reflecting the EU wide attempt to sweep away workers’ and trade union rights and particularly collective bargaining.

A statement was issued to our delegates via a huge meeting in Paris in which French trade unionists expressed their hope that perhaps at last after the years of delusions following Jacques Delors speech to the TUC, our movement would reject the EU.

Some years ago we visited building workers in Sweden, one of a number of groups throughout the continent who had seen their terms and conditions and national agreements replaced by worse terms paid to deliberately imported labour from other EU countries.

The notorious Viking and Laval cases followed and the European Court of Justice, to no-one’s surprise, made it explicit that business and employers’ freedoms trump all workers’ protections.

Norwegian trade unionists who have held a strong line through their unions against EU membership recently wanted us to attend one of their conferences to explain to us how important a vote to leave would be for workers everywhere.

A follow-up conference in Trondheim attended by nearly 600 trade union delegates issued a special statement to describe how important it was to them that we leave.

The statement neatly sums up the hope millions of workers throughout Europe that we will get it right:? “To our fellow workers in the United Kingdom, In the near future you will be voting in a referendum on whether the UK should stay a member of the EU or leave the EU.

“Like you, we have a rightist government pushing austerity measures, forwarding privatisation, increasing class differences and increasing unemployment.

“Like you, the two biggest parties in Norway are in favour of EU membership: the Conservative Party and the Labour Party.

“Like you, the biggest employers’ organisation favours EU membership.

“The elite in Norway have tried to make Norway a member of the EU twice: In 1972 and in 1994. On both occasions the Norwegian people voted No.

“Keeping Norway outside the EU has been favourable for the working class.

“Norway’s parliament is still the highest authority in Norway. About 9 per cent of EU law is implemented in Norway. Norway controls its territorial waters and all fishing in its waters. Norway controls its oil resources. Norway is not subject to EU foreign policy. Norway has its own central bank that is not subject to the European Central Bank, and so on.

“In this globalised world workers are facing the forces of globalised companies. These global companies are undermining national sovereignty and democracy.

“We urge you to see the possibilities to strengthen your struggle by defending national self-determination and democracy. This means leaving the EU and struggling hand in hand with workers in Europe and around the world against the EU, TTIP, TISA and other agreements that undermine national independence and democracy.

* Doug Nicholls is chair of Trade Unionists Against the EU.

Previous DIEM25: A Manifesto for democratizing Europe or for perpetuating the EU elites’ domination of the European peoples?
Next Message to Corbyn and joint statement from 3 unions on a united Labour movement 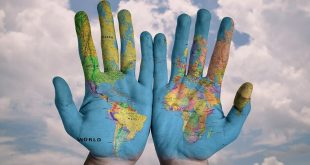 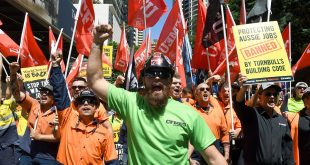