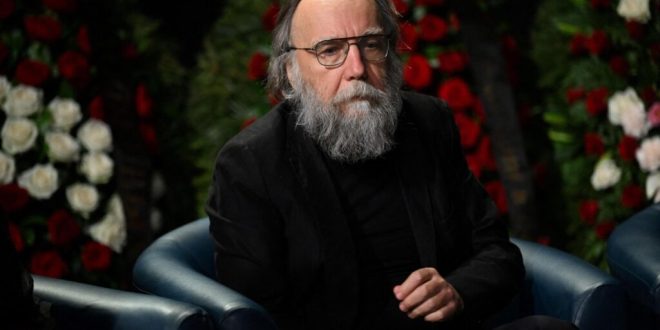 1. The blatant attempt to assassinate Dugin, even in the very center of Moscow–which today is the centre of the Transnational Elite’s (T/E) greatest enemy –is neither accidental nor coincidental. Furthermore, It is very important, even if it failed in its goal, i.e. the assassination of the leader of theoretical Eurasianism itself. That is, of the theoretical and political current that (regardless of its relatively narrow geographical definition) is projected as the main alternative theoretical and political current beyond Liberalism and Fascism, (i.e. the two main forms of bourgeois ideology and practice), but also beyond Socialism and Communism, (t,e, the two main forms of alternative ideology and practice).

2. The rise of Eurasianism today is therefore neither accidental nor coincidental. In a sense, Eurasianism can be seen as an important proposal for an alternative organization of society beyond the New World Order (NWO) of Neoliberal globalization, which is already dominant in the economic and cultural spheres internationally–but not in the political sphere as well. in fact, the popular movement for Brexit in Britain and the popular movement for Putin in Russia are nothing more than the political manifestations of the popular struggle against the elites’ attempt to impose the NWO worldwide. The British people have already managed to get out of the European Union’s “corral” of neoliberal globalization. However, this is only the first step in the process to disengage from the New World Order — the necessary condition, so to speak— but not the sufficient one as well. But if in the end the Russian people manage to win the war imposed on them by the paid agents of the Transnational Elite in Ukraine, which together with the historically strong fascist movement in this country fight a barbaric war against the Russsian people , then a new world order beyond the NWO of neoliberal globalization may dawn for the whole world. A world order which could even overcome the privileged social groups in Russia itself that play a dubious role –to say the least–in this war.

3. It is precisely this possibility that has prompted the T/E to resort to even the gangster methods (historically developed in the US) in order to exterminate a major ideological rival–with the supposedly all-powerful Russian state failing to protect him even within its own heartland. This is an important lesson to any a NWO opponent, in case they haven’t yet figured out who rules the NWO of neoliberal globalization today…

4. But the T/E’s undeclared war against Russia is not only waged with the military means abundantly provided to the Ukrainian “leadership” of idiots who, together with the notorious Ukrainian fascists, have taken it upon themselves to lead their people to slaughter, only to significantly weaken Russia and her people. The double objective of the T/E is obvious: First, to make the enforcement of the NWO will in effect indisputable, since of course neither the Chinese nor the leadership of any other pariah country such as Iran, Korea etc) would ever dare to doubt the TE’s hegemony in the future after the collapse of Russia. Second—and even more importantly—to rule out any questioning not only of the military but above all the economic hegemony of the T/E.

5. The second goal, however, inevirably leads to the substantial economic impoverishment of the masses in the West, which will be forced “through fire and iron” by the various client regimes that rule the Western protectorates and the muffled media that support them, to pay exorbitant prices to cover their basic needs, through the expensive means offered by Τ/E!

6. In conclusion, a titanic struggle for the working classes everywhere begins in the Autumn : the struggle to secure their very survival against a Transnational Elite which, with the help of its client regimes (Left vs. Right e.g Tsipras vs, Mitsotakis ) and the international economic and political system it has imposed, will attempt to crush all popular resistance. The fate of all of us will be decided by the outcome of this fight…

P.S. The attempt to obscure in hindsight the act of Dugin’s daughter murder by Dugin himself (which seems to be originated from Putin’s regime in order to blur his responsibilities for this blatant murder at the center of Moscow which he could not stop) is not at all convincing. Especially, it sounds like a joke that CIA waited till the last moment in order for Dugin no to get in his daughter’s car. Unless, of course, Dugin himself is… a CIA agent who was sent at the last moment to another car!.

Previous “Exit the EU Now!” The speeches of Takis Fotopoulos and Arthur Scargill on Brexit