Gary Matthews, a veteran syndicalist and militant pro-Brexit activist in Chesterfield, UK, wrote this small but caustic message to the leader of UK’s Labour Party , Jeremy Corbyn, on his turnabout in favor of the EU:

You probably do not read replies, such is the modern world.
But I consider what you are doing to be a total capitulation, and this email and much of what you have said about the eu is just a pile of shite, certainly not socialist, and I very much regret voting for you as leader; you are no leader, just a coward.
There is a film called “Being There” starring Peter Sellers — its about a simple gardener who is mistaken for a philosopher.

Please note the joint statement from 3 militant and effective unions –

Many great figures of the Labour moment such as Tony Benn, Michael Foot and
Bob Crow were firmly against the EU. Millions of Labour voters oppose the
EU and we believe a similar number of trade unionists support withdrawal.

Whatever the result of the EU referendum the Labour and Trade Union
movement will continue to fight against injustice and austerity.

The EU is anti-worker and cannot be reformed

We support a Leave vote in the forthcoming referendum because we believe
the EU acts overwhelmingly in the interests of big business and against the
interests of workers.

We note that David Cameron secured only very minor changes to EU rules and
believe this demonstrates that there is little hope of reforming the EU.

The myth of the EU and workers’ rights

It’s a myth that the EU has won
workers’ rights and protections for workers. Nearly all the laws that
protect workers in Britain are UK laws which have been won by the struggles
and campaigns of the British trade union and Labour movement.

In fact, the EU and its European Court of Justice have accelerated their
policy agenda which attacks trade union rights, job protections and wages.

Defend our NHS and progressive legislation

The TTIP trade agreement being negotiated between the EU and the United
States will promote big business at the expense of sovereign governments
and their organisations including our NHS. Environmental regulations,
employment rights, food safety, privacy laws and many other safeguards will
also be secondary to the right of corporations to make even bigger profits.

The threat to democracy and from the far right

The majority of the laws which affect our lives are now made in the EU and
not the UK. This is a major problem because a distant link between law
makers and the electorate creates a vacuum which could be exploited by the
far right. Big decisions such as TTIP are being made with very little
regard for democratic oversight and cannot be reversed at the ballot box.

We are internationalists. We believe workers throughout the world, in
Britain, America and Asia, as well as Europe, have more in common with each
other than the heads of big business in their own countries. Out of the EU
and into the world.

No fortress Britain. No Fortress Europe

Unlike UKIP and others we don’t believe Britain should be an island unto
itself. Our country, and indeed many countries, are nations of immigrants.
We want everyone to get a fair rate for the job and everyone to have the
same rights at work. 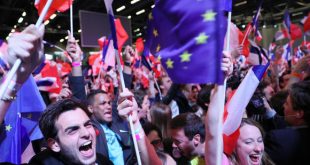 The systematic effort of the Transnational Elite to crush the ‘Brexit revolution’: From Brexit and Trump to Le Pen – Analysis 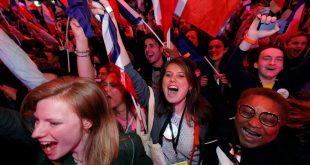 The counter-revolution against the Brexit revolution in France 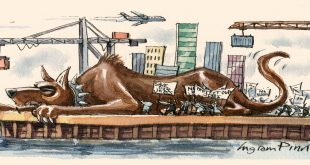 The crisis of the ideology of neoliberal globalization