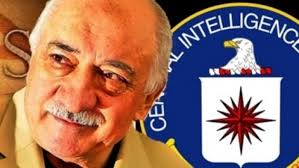 This significant report by geo-political analyst William Engdahl brings to light striking documents directly from the “horse’s mouth” (Former US National Security officials). They fully confirm our justified assumptions that the failed coup against Erdogan’s regime on 15 July was orchestrated by an alliance of CIA and Gülenists inside and outside Turkey. (Gülenists are affiliates and proponents of Fethullah Gülen; a vehemently globalist Turkish expatriate with an Islamic cloak, who enjoys asylum in the USA and is charged by the Turkish government with treason and backing the July 15 coup.) Moreover, the author exposes an alleged connection between fiercely anti-Russian Ecumenical Patriarch Bartholomew in Istanbul and prominent Greek-Americans, and Gülen. This link comes from an unconfirmed source (the news site initially hosting its article deleted it after deeming it “fake”). However, such a document would indeed make sense if one takes into account the political affiliations of Constantinople’s Orthodox Church as well as much of the Greek-American community with the Transnational Elite and its personnel.

It is expected that some “pundits” will rush to reject Engdahl’s brand of circumstantial articles as “conspiracy theories” simply because they are mainly the result of geo-political and not crudely “systemic” analysis. However, as Inclusive Democracy’s analysis has demonstrated, the New World Order is not the result of some sort of a conspiracy. One may see it, instead, as the product of historical changes (for over two hundred years now) to the prevailing system of the capitalist market economy and the associated long-term changes in political and cultural structures.

Nonetheless, this does not, of course, mean that there are no conspiracies in History. Far from it and the example of the Transnational Elite’s conspiracy of the supposed weapons of mass destruction in order to dismantle the Iraqi Ba’athist regime is particularly significant. Yet, whether a conspiracy will succeed or not always depends on the outcome of the social struggle, and it is only when the appropriate subjective and objective conditions have been formed that such conspiracies can lead to historical changes, which are always the outcome of this struggle.

While the Obama Administration and the CIA officially cling to the fig leaf lie that US intelligence was innocent of any involvement in the failed July 15 coup d’ etat attempt by the CIA-run Fethullah Gülen organization in Turkey, the truth is coming out from senior US intelligence insiders themselves. It reflects a huge internal faction struggle within US leading circles in what by all accounts is shaping to be the most bizarre Presidential election year in American history.

The first admission that US intelligence had their hand in the anti-Erdogan coup, a coup launched just days after Erdogan announced a major strategic shift away from NATO and towards Russia, came from Zbigniew Brzezinski. Brzezinski is one of the most senior members of the US intelligence establishment, a former Obama Presidential adviser and former National Security Council architect of the Jimmy Carter 1979 Mujahideen Afghanistan terror operations against the Soviet forces in that country.

In a Twitter tweet from his own blog, Brzezinski wrote a precis of a new article he wrote for The American Interest magazine. He writes, “The US backing of the attempted coup against the Turkish President Recep Tayyip Erdogan was a grave mistake that could deliver a major blow to the US reputation.” That’s definitely putting it mildly given what’s unfolding in Turkey since July 15.

Brzezinski went on to write, “Turkey was on the verge of reconsidering its foreign policy after failure in the Syria during the last five years, and the US miscalculation in supporting the coup and hosting its leader (Fethullah Gülen, now in CIA-arranged exile in Pennsylvania-w.e.) was so serious that it is no longer possible to put the blame on once-US-ally Turkey if it turns its back on US and rethink (sic) its policies.” He continues, “A potential Russia-Turkey-Iran coalition would create an opportunity to solve the Syrian crisis. If Erdogan had the smallest bit of wisdom, he should have come to the understanding that he could not make an independent credibility with the help of some ‘decayed’ Arab countries,” no doubt referring to Saudi Arabia and Qatar, the prime financiers of the Syrian terror war against Assad since 2011.

Brzezinski, who together with Henry Kissinger was one of the foremost US foreign policy strategists of the postwar period, the founding Executive Director of David Rockefeller’s Trilateral Commission, and one who still today presumably retains Top Secret clearance access to US intelligence reports, was expressing his fury at the utter incompetence of US intelligence in managing the Turkey relationship. Notably, the person in the US State Department directly responsible for not only the disastrous US coup in February, 2014 in Ukraine, but also for Turkey, is the hapless neo-con perpetual warrior-ess, Victoria “Fuck the EU” Nuland, wife of neo-con Robert Kagan.

Brzezinski’s candid critique was followed up by an even more detailed expose of US intelligence ties to Fethullah Gülen, charged by the Turkish government with treason and backing the July 15 coup. In a guest article in the EU online mgazine EurActiv.com dated 17 August, 2016,[the article has been unpublished because it was allegedly “fake”] Arthur H. Hughes confirms the intimate links between Gülen and the CIA, noting that “Gülen fled to the US with the assistance of the diplomat Morton Abramovitz, CIA agents Graham Fuller and George Fidas, and the above-mentioned Fr. Alexander Karloutsos.”

Hughes’ article is a bombshell in many respects, and most definitely in his detailing of the intimate ties between the CIA, Gülen and the current Orthodox Patriarch Bartholomew I of Constantinople, current Archbishop of Constantinople and Ecumenical Patriarch. Hughes described the above-mentioned Father Alexander Karloutsos:

“…one of the members of the American-Israeli lobby in the Constantinople Patriarchate is Father Alexander Karloutsos, Public Affairs Officer close to Archbishop Demetrios (of America-w.e.). Thanks to his ties with high-level officials and Greek-American billionaires, he is basically the only person who controls the money flows from the US to the Phanar (the Greek Orthodox part of Istanbul-w.e.), and that gives him wide possibilities of exerting pressure upon the Ecumenical Patriarchate. On the other hand, Karloutsos is also in good relations with former CIA Director George Tenet, and with the preacher Fethullah Gülen cooperating with the American intelligence.”

George Tenet, a close ally of the Clinton political machine is a Greek-American former head of CIA during the time of Bill Clinton and also George W. Bush. The Clintons are both on record praising Fethullah Gülen. It seems to be a cozy network of CIA-Gülen-Constantinople Patriarchate-Clintons, all financed with “money from Greek-American billionaires.”

Arthur H. Hughes is not a casual commentator on events in Turkey and the Middle East. He was US Ambassador to Yemen in the 1990’s during the Clinton Presidency, then Deputy Assistant to the Secretary of State for Near Eastern Affairs. He also served as Deputy Assistant Secretary of Defense for Near East and South Asia, and was Deputy Chief of Mission in Tel Aviv. His linking of Gülen to the CIA and to the Constantinople Patriarchate points to one of the least-public and most influential covert CIA-run networks in the world, the anti-Moscow Orthodox Patriarchate of Patriarch Bartholomew I of Constantinople. Hughes suggests that if Erdogan and the Turkish government are serious about dealing with future coup threats, they should put the Constintanople Patriarchate under the magnifying glass.

As I’ve documented in my book, The Lost Hegemon: Whom the gods would destroy, Graham E. Fuller and George Fidas, both decades-long senior CIA officials managed to secure an extraordinary permanent residence in Saylorsburg, Pennsylvania, over the loud formal objections of the US State Department, in 1999, when Gülen was about to be charged by the Turkish authorities for inciting treason.

Most recently, Fuller felt compelled to write on his blog that, indeed he did help Gülen obtain a US green card, but that no, Gülen was not behind the failed July 15 coup. However Turkish reports place Fuller and another senior CIA ally, Henri J. Barkey, at a luxury hotel on one of the Princes’ Islands in the Sea of Marmara, some twenty minutes from Istanbul the night of the failed coup. In a subsequent appearance at a Washington think tank forum held by the Foundation for the Defense of Democracies, a neo-con address whose chairman is former CIA director, neo-con James Woolsey III, Barkey and his host tried to make a feeble joke about his presence in Istanbul the night of the coup and his ties to Gülen.

For once, Brzezinski is right.

The CIA-Gülen coup d’etat attempt to topple Erdogan after his turn towards rapprochement with Moscow was “a grave mistake.” The consequences, aside from a massive crackkdown on Gülen networks and media inside Turkey, include an open dialogue of Erdogan and the Turkish government of Prime Minister Binali Yıldırım with Russia and now with Iran, about a “solution” to the Syrian war that would include Bashar al-Assad as at least a transition figure.

The Erdogan pivot East since the failed CIA coup has forced the Pentagon to quietly remove its nuclear warheads from Turkey’s Incirlik airbase near the Syrian border to Romania. At the same time, Turkey’s Prime Minister on August 20 stated to the media that Russia could possibly use Turkey’s Incirlik Airbase if necessary, something that certainly produced more acute gas pains in Langley, Foggy Bottom (the more than fitting name for the US State Department headquarters), and the Obama White House.

July 15 may go down in history as one of the most decisive defeats of American global power projection, of the so-called New World Order of David Rockefeller and friends. If so, not a minute too soon for the prospect of a more peaceful world.

William Engdahl is strategic risk consultant and lecturer, he holds a degree in politics from Princeton University and is a best-selling author on oil and geopolitics, exclusively for the online magazine “New Eastern Outlook.”

Previous The European Union always was a CIA project, as Brexiteers discover
Next Soros to make a killing with European ‘forced migration’